You are here: Home » Project » X-Trace 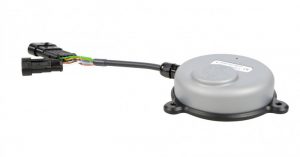 Following the successful introduction of My Bodyguard, the X-Trace was developed on behalf of 3SP.

Description of the assignment

X-Trace is the first system in which all functions are brought together in one watertight unit. The system has a SCM Class 4 approval for cars and W3 approval for work equipment. Connecting two wires to the voltage (9 to 36V) is sufficient to make the system operational. The X-Trace has an excellent and reliable GPS reception which makes it possible to mount it completely invisibly in the object to be tracked.

After mapping out our client’s wishes, our team conducted an investigation into existing possibilities and techniques. Although the product was not unique, the additional wishes of 3SP made it an interesting challenge for Brunelco. We were looking for a combination of GPS technology, GPRS, GSM and Zigbee and then fully integrated in a small housing. In addition, they looked for a solution in which low energy consumption is essential. Both the Hardware and Software were developed as a team and extensively tested together with 3SP. For the housing, contact was made with an external party.

X-Trace uses the latest GPS positioning technology. This means that a position can also be determined in parts of buildings and partially shielded areas. The position of X-Trace is transmitted to the alarm centre via a GSM connection.

Once X-Trace has been installed, you can activate X-Trace by calling the X-Trace mobile number. You will hear the phone ring and X-Trace will immediately indicate its current location. Depending on the selected setting, a Follow-me will be activated automatically. Via a Private Alarm Central (PAC) the location of the activated X-Trace will be communicated to you. The position of X-Trace is also made visible via the Internet. You can log on to a special website where the location of X-Trace will be announced.

With X-Trace it is also possible to monitor a mobile object that is allowed to move within a certain area. As soon as X-Trace detects that the mobile object is outside the assigned area (guarded area or geofence), an alarm message is automatically generated to the alarm centre. An example of this is a boat lying in a harbour that is towed away without your permission. X-Trace automatically notifies you when this boat leaves the monitored area. X-Trace is on all day. This means that X-Trace receives the information from the satellites all day long. It continuously calculates its position at that moment. When X-Trace is activated, it immediately transmits its last calculated position to the emergency call centre. Depending on the setting, which has been made in advance with the user, a tracking mode is activated. This means that a new position is communicated to the alarm centre several times. It is now possible to follow X-Trace when the mobile object changes position.

After connection to a machine or vehicle, an automatic message is sent to the monitoring centre. There, the data are entered and logged. X-Trace creates an automatic link between time, location and user. In the event of unauthorised movement, X-Trace sends a report to the alarm centre. After verification, the theft and the reported location are reported and passed on to security or the police. When the X-Trace unit is removed from the machine or vehicle, a report is automatically sent to the emergency centre. If the verification is correct, the unit is logged off from the machine and can be used elsewhere. The X-Trace also offers the possibility of time registration. Start times and arrival times are linked to the location.