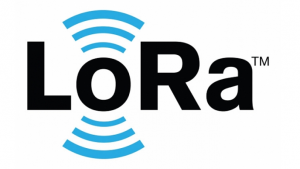 LoRa TM is the answer to the growing demand for long-distance data connections. The brand name stands for Long Range. In combination with a matching protocol (LoRaWAN) it is a technique that makes it possible to connect all kinds of devices to the internet, over relatively long distances and with a very low energy consumption, so that batteries can last up to 10 years. LoRa is especially suitable for battery-powered sensors and low power applications, such as

The technique is similar to GSM technology, but the transmission masts (gateways) can be placed at much greater distances from each other. It is intended for small amounts of data from millions of sources. The transmission speed is not very high (0.3-50 kbps) and the transmission power is adjusted in such a way that the receiver gets just enough signal for proper operation. The receivers are also extremely sensitive. High sensitivity, low transmitting power and periodic transmission can achieve a very long battery life.

The user can place gateways that are connected to the internet, but there are also telecom providers that place gateways so that you can make use of that infrastructure.

There are three types of end-devices that are all bi-directional:

Class A: After sending a message, there are two short time windows in which the device listens if there are any messages from the server. A message to such a device, such as a new status, is only passed on after the device itself sends a message. This can take some time.

Class B: In this variant, the device will periodically listen to whether messages are offered by the server. The moments when the recipient can receive messages are known to the server because the time windows are synchronized with each other.

Class C: In this case, the receiver of the device is always active, unless it is sending itself, so messages from the server can be sent to that device at any time. This variant is the least energy efficient, but is suitable, for example, for information boards that display a current status!

More information can also be found on the website of the LoRa alliance.