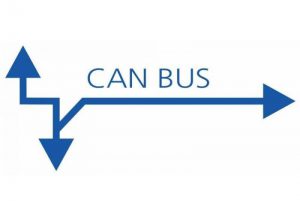 The Controller Area Network (CAN) is a standard for a serial data bus, originally developed by Robert Bosch GmbH, from 1983 to 1986, to link electronic control units. CAN is explicitly designed for environments with high levels of electromagnetic interference and uses two differentially driven lines; the robustness of the signal transmission is further enhanced by the use of twisted pair connections.

The first market for CAN was the automotive sector. The system was first used in the Mercedes S-Class in 1990, but in the meantime CAN has also penetrated other embedded applications, such as machine controls and robots.

A CAN bus allows real-time communication: each node of the CAN network has a fixed priority, and the message of the node with the highest priority is given priority.